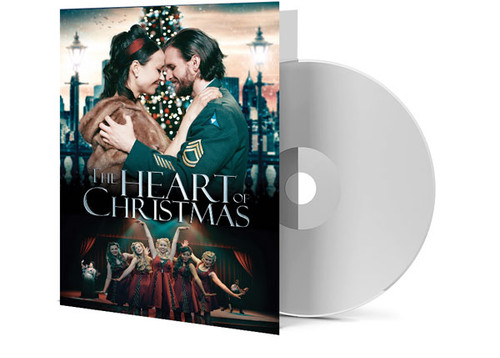 This year’s The Heart of Christmas musical will take you on a journey through time like never before! Follow the story of Annie, a young girl who escapes World War II in Europe and finds a new home and family in America. She learns about Christmas for the first time as her new grandmother reads to her The Servant King, a family favourite passed down from generation to generation.

In The Servant King, Zargon, a prince of Persia, sees an ancient prophecy taking shape in the stars. He discovers a sign in the heavens that the King of the universe has just been born. Tradition holds that three wise men searched for the Christ, as there were three gifts presented to Him: gold, frankincense, and myrrh. But Scripture gives no such indication that there were only three men. The Servant King reveals what might have happened when Zargon, the “fourth” wise man, encountered Jesus.
Zargon and his servant, Mustafa, travel through the Persian and Judean deserts, but something unexpected happens along the way. As Zargon’s touching story unfolds, you will experience the seasons of Annie’s life and faith, from war-torn Europe to present-day America.